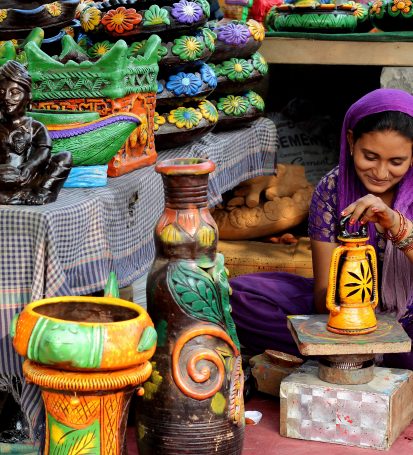 Humbleness is realizing that noone is beneath you. While that is a great trait which makes you affable, it doesnt mean you are beneath anyone else. Most people misinterpret the meaning of humbleness and underestimate themselves.

Growing up in India at least in my community, obedience is considered the highest quality of a human being. If you are obedient, people will speak highly of you, they will adore you. However, if you are speaking your mind you will be shutdown. I remember when I was in India, my cousin would hang out with her friends until 8 PM in the night and would wear jeans. When she goes back home, she gets rebuked by the family members who say it is inappropriate to hang out late in the nights and to wear jeans when going out. When she stands up for herself saying, I would like to wear whatever I feel comfortable in and raise questions on why celebrating a birthday party of a friend is a NO for her but YES for her brother, she would further get chastised by the family who judges her as having an attitude. However, if she obliged to her family’s wishes and wears clothes that they want her to wear, she is considered obedient and welcomed.

I have experienced multiple such scenarios that my cousin experienced which made me believe maintaining a low self value is what everyone likes and accepted in the society. There was a time when I lost my job and I claimed that I would be finding a new job in a week or two. However when it took me more than 2 weeks to find a new job, my family chastised me that being overconfident is the real reason it took me longer to find a new job. However had I said that I am a person with no knowledge and would take a long time to find a job but found a job in 2 weeks, I would be considered a super human and loved by the society. This incident has reinforced the need to undermine myself.

Having brought up in a society which celebrates putting down yourself as the highest value effected all areas of my life. For e.g., when I want to ask questions in a big conference, I would consider myself inferior to the speaker and so would hesitate to ask questions. Subconsciously I was thinking that just like I can’t speak up for my own values and expected to conform with societies expectations, I would question my own worthiness in asking those questions. No one told me not to ask such questions or not to question any wrongdoings that I see in my daily life but as human beings the wounds we experience in one scenario creates a certain kind of fear that registers deeply in our minds that shows up in other areas of life.

So lets think about what would happen if I consider myself a superhero. I would never hesitate to ask questions in a big conference as I would not consider myself inferior to the speaker or anyone else. I would speak up when I see any kind of wrong doing at my work or in society because I know I don’t feel  inferior to anyone else and I am not worried about whether other people like me or not. Instead my power comes from the superhero from within. He is a hero who believes in himself confident about speaking his own mind. This doesnt mean he puts down other people and makes them feel inferior. It just means that he speaks his own mind and does the right thing based on his conscience without worrying about the reactions of other people and desire to being liked and accepted by everyone else around him. This removes the mental block on anything that he desires to do. In fact, this is where a coach can help as they help their clients to see their greatness. Feeling inferior and unable to see the superhero from within is the most common blind spot every human being has.

As an example, all through my childhood I used to think I am very weak. I had always been physically active as a kid but never excelled in sports etc… However, after coming to America and after learning the importance of eating right, exercing correctly, I saw a super hero athelete in myself. It only happened because of personal trainers I hired who saw more in me than I saw in myself. When I would stop short of doing leg presses, they would push me to do more saying the super hero in me can do more. When I did believe them believing in me, to my own surprise I was able to accomplish more. Gradually, I was able to see the super hero athelete in me. I believed what my personal trainer believed in me. Soon enough, I became a rock climber, boxer and someone with huge levels of stamina. I would run half marathons without much practice and not feel exhausted afterwards. I would do intensive kickboxing sessions for 3 hours in a row. I would go playing basketball for 2.5 hours at a stretch. This is something I never thought I would be able to do.

However, this only helped in realizing my physical abilities but not in other areas as I did not have a coach to catch my blind spots in thousands of decisions I make on a daily basis. But what if you try a little harder to see the superhero in yourself ? What if you truly believe that the CEO of Google is not superior nor inferior to you? The next time you see him, how would that change your perception in asking questions or being open to learn? Oprah Winfrey says there is no difference between her and the people watching her and that the only difference is that we are given different purposes in life.

Yesterday I was talking to my friend who happens to be one of the most driven, creative and smart person that I know of. He told me that he was hesitating to call up a company which could potentially make him a world famous magician which is what he aspires to become. It suddenly stuck me that not being able to see the superhero in himself is what is stopping him from making that call.

My wife keeps telling me that I am a smart person and a superhero and I always correct her that I am not a super hero and that I am not smart. Yesterday she reminded me how I came a long way having come from a small town in India now having the capabilities and confidence to do anything I want. That is a superhero in me I forgot about instead I beat myself up on how I am not good enough. She is not suggesting that I should be complacent with what I have. She is just saying that I can continue to embrace myself as I continue to expand my center of influence in pushing the world forward.

In summary, you can all live more fulfilling lives if you see the superhero in yourself and stop misinterpreting the meaning of humbleness and obedience. 4 years from now if I happen to achieve the dream I am dreaming, most of the credit goes to my wife for her enlightenment and for being my staunch supporter and a cheer leader. 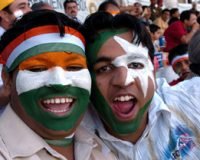 Peace from an Engineer’s perspective 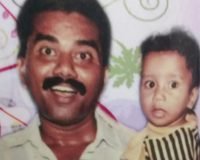 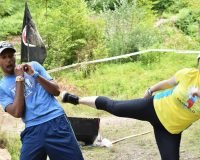 What to do when your wife flips tables? 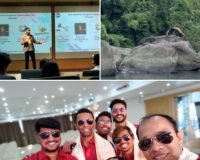 What if tomorrow is your last day?